The Rectorate of the Hochschule der Medien 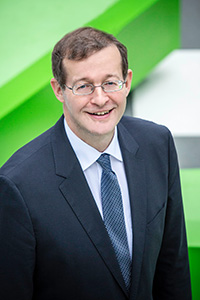 Since November 2006, Professor Dr. Alexander W. Roos is the rector of Hochschule der Medien (HdM). Prior to this, he supported the university management as a vice-rector. Roos joined the HdM in 1997 as a professor of business administration. He studied business administration at the University of Stuttgart, where he also received his doctorate. Later, he worked as a controller at Robert Bosch GmbH, as a project manager at the Institute for Industrial Manufacturing and Operation, and at the Fraunhofer Institute for industrial engineering and organization. Roos has already gained experience in the self-administration of the university as head of studies, as a vice-dean of the faculty of Information and Communication and as a member of the senate and university council.

Assistant to the Rector: 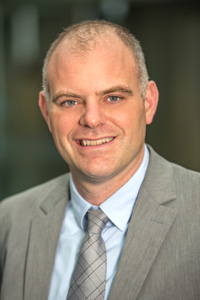 Professor Dr. Nils Hoegsdal is a member of the university management since September 2016 in his capacity as a vice-rector. His working areas include innovation management, research, further education, entrepreneurship and internationalisation. Högsdal teaches corporate finance and entrepreneurship at the HdM since 2012. He studied business administration in Tübingen and Texas and gained practical experience at Robert Bosch GmbH in Reutlingen and Lufthansa AG in New York. Afterwards he became his own boss as a co-founder and entrepreneur. 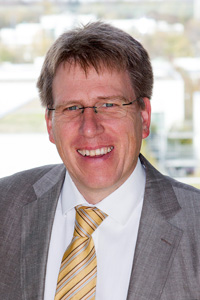 Professor Dr. Mathias Hinkelmann is Vice-Rector for Academic Affairs. In March 2003, he was appointed as a professor for databases and information systems in the Media Informatics course. Hinkelmann studied mechanical engineering at the University of Stuttgart, supervised numerous projects on the integration of technical-scientific application systems at the Institute of Nuclear Energy and Energy Systems and held various positions in IT consulting. From September 2004 until August 2006 Hinkelmann was dean of studies of the study course Media Informatics. His teaching is focused on databases, digital information systems and project management. He contributed to the basic concept of the master's programme Computer Science and Media and was accreditation officer. 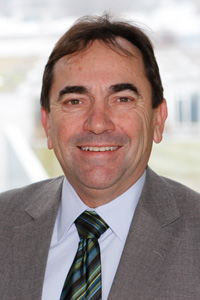 Professor Dr. Franco Rota, M.A., was elected as a vice-rector of Hochschule der Medien on 10th November 2006. He studied political science, communication science and sociology at Ludwig-Maximilian-University (LMU) in Munich, where he also received his doctorate. Before being appointed to the HdM in 1997, Professor Dr. Rota was a reporter and columnist at the Bild newspaper, a reporter at Bayerischer Rundfunk, editor-in-chief of the PR magazine Unternehmensprofile and PR consultant as well as head of the business editorial department of the magazine Bunte. From 1998 to 1999 he was a member of the senate of the HdM and from 2001 until 2006 he has been the dean of studies for Advertising and Marketing Communication. 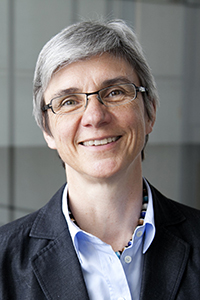 Since April 2019, Professor Dr. Bettina Schwarzer is a member of the university management. There she represents the topic of digitalisation, especially the introduction of a campus management system. Schwarzer was appointed to the HdM in September 2003. Her teaching and research areas include strategic information management, enterprise architectures and digital transformation. She was dean of studies in the study courses Information Services, E-Services and Online-Media-Management. Bettina Schwarzer studied economics at the University of Hohenheim, where she also received her doctorate. In 1995 she founded the Informations- und Technologie-Management Beratungsgesellschaft mbH with Prof. Dr. Helmut Krcmar, and was its managing director until she started at the HdM. 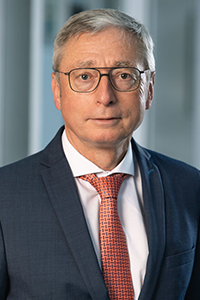 Since February 2013 Peter Marquardt is the chancellor of the HdM. He started his career after graduating as a senior administrative officer at the Stuttgart State Archives. From October 1993 to May 2002 he was the administrative director at the Hochschule für Bibliotheks- und Informationswesen (HBI), one of the two predecessor institutions of the HdM. Before Marquardt returned to the HdM in 2008, he was a member of the management of MFG Medien- und Filmgesellschaft Baden-Württemberg mbH in Stuttgart. Since then he has also held the position of the managing director of the association of Freunde und Förderer der HdM.